SANTIAGO 2023 LAYS THE FIRST STONE OF THE PAN AMERICAN VILLAGE 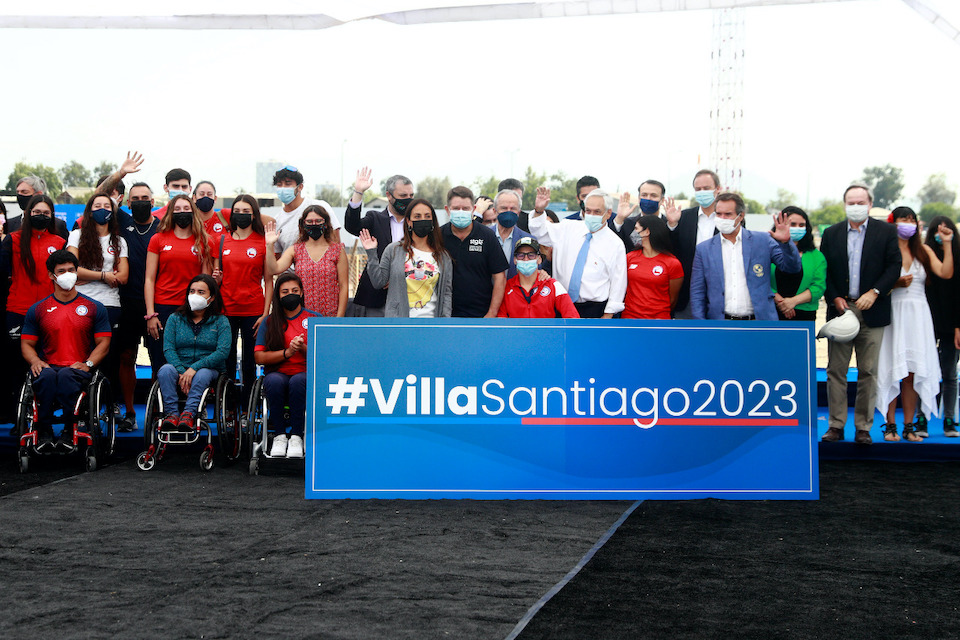 The symbolic act was led by Chilean President Sebastian Piñera at the Cerrillos Bicentennial Park, the future home of the village that will host more than 9,000 athletes for the continent’s greatest multisport event.

SANTIAGO, CHILE (December 14, 2021) — The Santiago 2023 Organizing Committee begins construction on the Pan American Village by laying the first stone, an important first step as Chile prepares to host the Pan American and Parapan American Games for the first time in history.

The residential complex that will be the home of nearly 9,000 athletes during the multisport events is located in Cerrillos Bicentennial Park in the southern sector of the capital. The symbolic ceremony was led by Chilean President Sebastian Píñera who helped lower a box into the ground that contains the wishes of the residents of the community as well as athletes and those who will work on the project.

VILLAGE WILL TRANSFORM INTO SOCIAL HOUSING

At the event, President Sebastian Piñera confirmed that the village complex will be converted into social housing once the Games are over. “After being used by athletes, this village will be inhabited by families from our country in this first-class complex following the commitment from our government to make cities more integrated and inclusive,” the President stated.

“We have to recover the sense of community. A house or an apartment is much more than a set of walls, a roof and doors, it is a place for the development of families and for the growth of children. This housing complex will reflect that essence, incorporating families who are vulnerable and those of the middle class,” he added, noting that the complex will be constructed at the site that once housed the Liberation Army camp during the War of Independence and the Santiago Airport a few decades ago.

“Where the Pan American and Olympic Games have passed, sports history has changed forever. The legacy of this event will last for many years, many countries before have taken advantage of the Games and now it is Chile’s challenge to do the same,” said Panam Sports President Neven Ilic, who is also Chilean and said he was pleased with the progress of construction.

“It was a dream that we thought, given all the inconveniences we’ve faced, perhaps might not be fulfilled or would not be prioritized during such hard times for our country. I am grateful that sport has been a priority that has not only been spoken but also has been apparent in our actions,” said Santiago 2023 President and Sports Minister Cecilia Perez.

“We have met another very important milestone, which is to give this symbolic start to the Pan American and Parapan American Village which is already under construction. Now we look forward to receiving the nearly 9,000 athletes who will be in Santiago in these beautiful facilities in 2023,” said Santiago 2023 Executive Director Felipe De Pablo.

The Santiago 2023 Pan American Village consists of 1,345 apartments on 6.5 hectares and will cost approximately $100 million. The village will provide accommodation for about 9,000 athletes between October and November in 2023 before converting into a social solution to house members of the Cerrillos community. 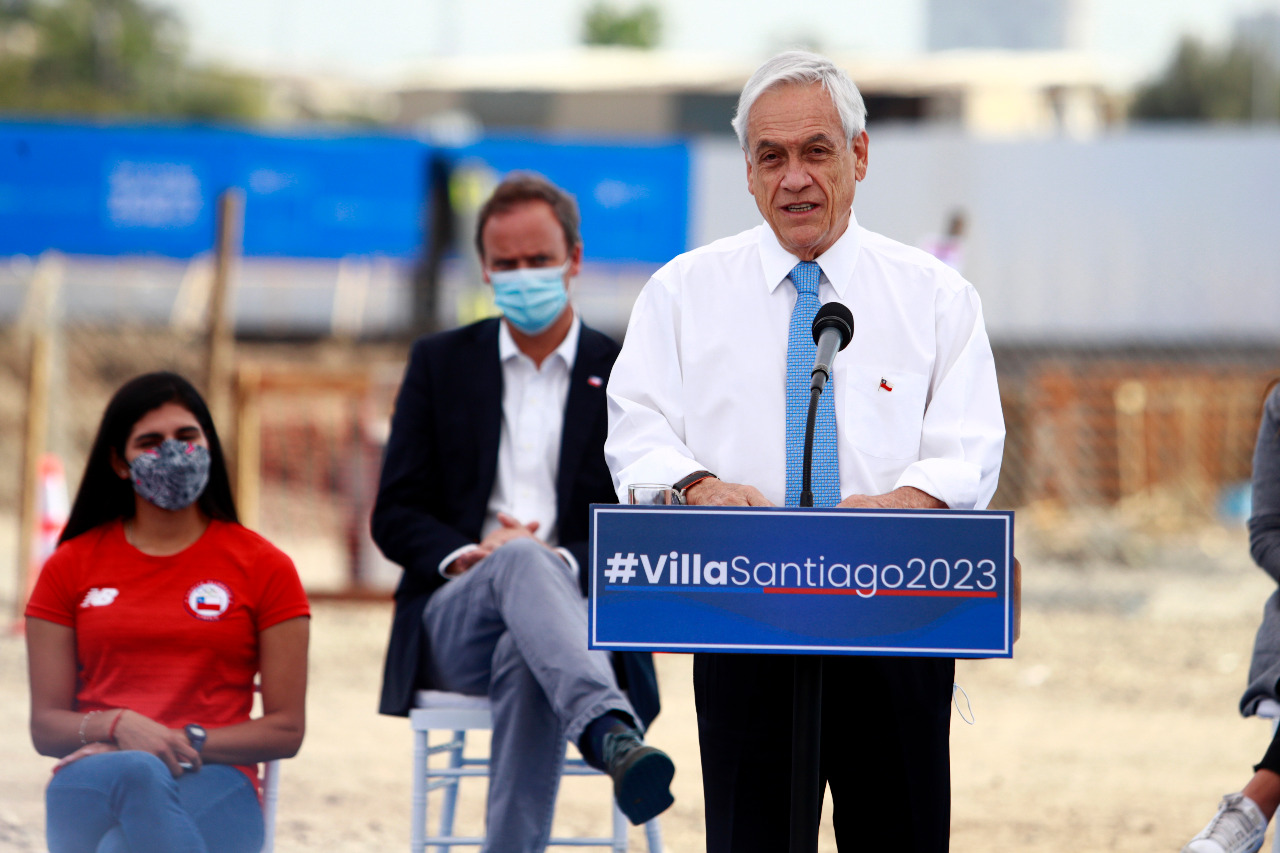 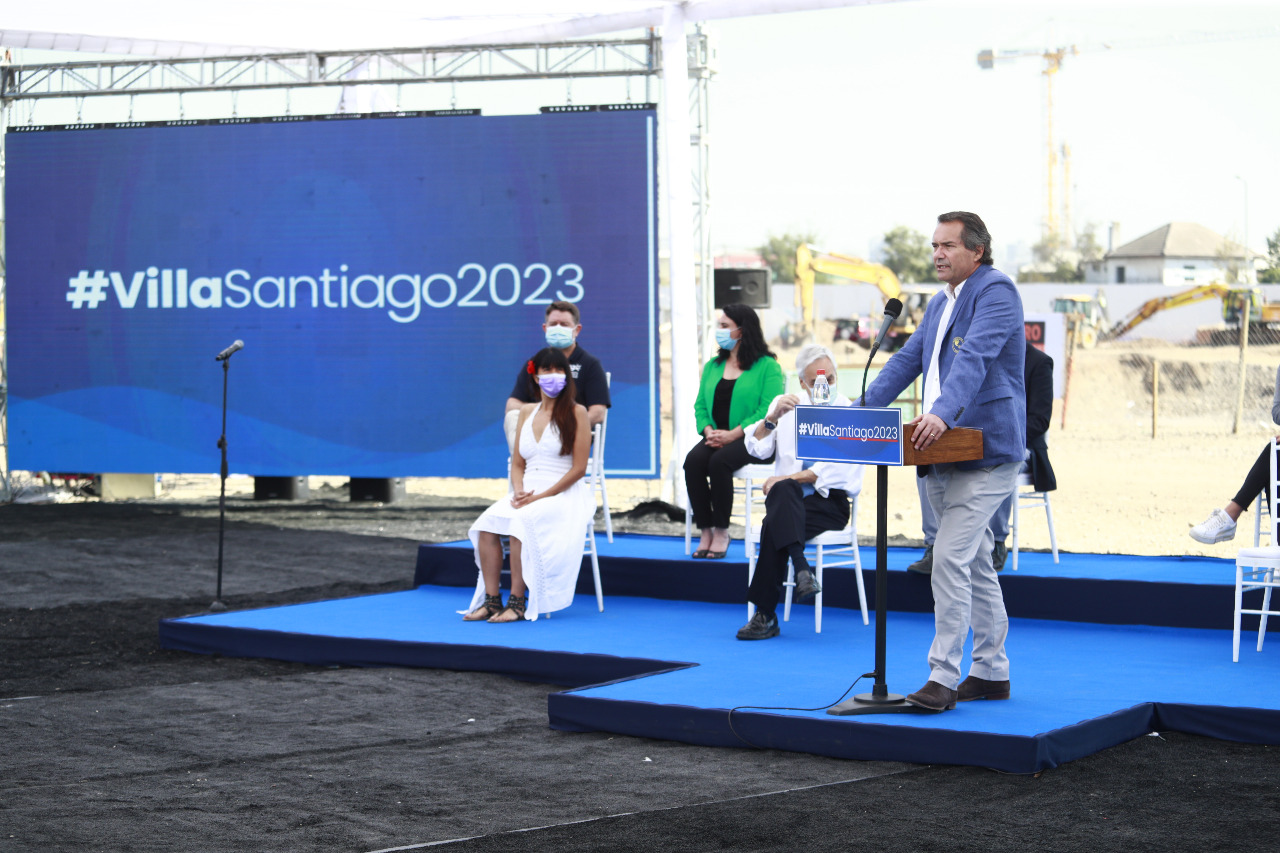