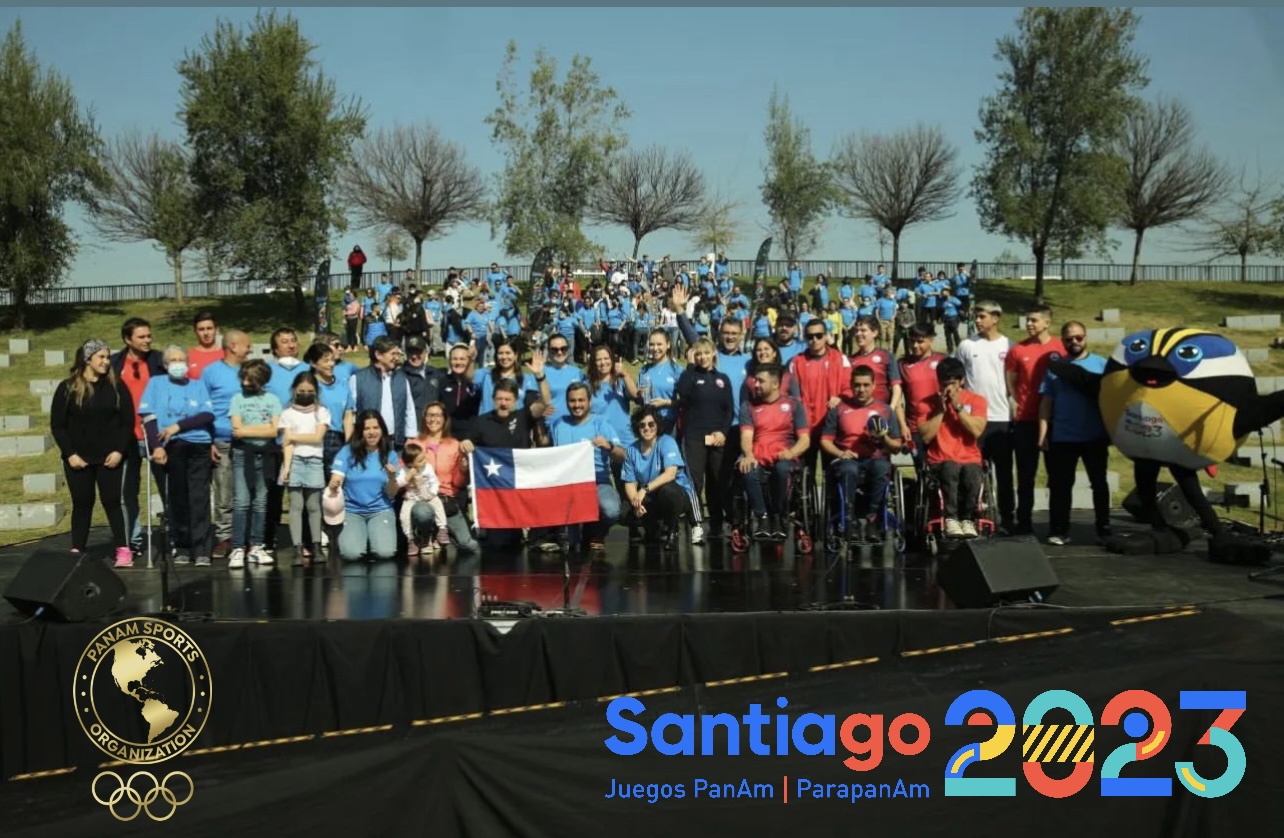 The organization of the Pan American and Parapan American Games officially launched the application forms to collaborate in the largest multi-sport event in the history of Chile.

With a massive event held at Parque de la Familia, in the Quinta Normal district, Santiago 2023 officially began the application process to participate in the volunteer program for the next Pan American and Parapan American Games.

The activity was led by the Minister of Sports, Alexandra Benado, and was attended by the Minister Secretary General of the Presidency, Giorgio Jackson; the Minister for Women and Gender Equity, Antonia Orellana; the Regional Governor of Santiago, Claudio Orrego; the president of the Chilean Olympic Committee, Miguel Ángel Mujica; the CEO of Santiago 2023, Gianna Cunazza; the Mayor of Quinta Normal, Karina Delfino; and the Mayor of San Bernardo, Christopher White.

The head of Sports, Alexandra Benado, indicated that “we need everyone to achieve the Games of excellence that we want, we have a goal ahead of us, there are 17,000 people that we seek to gather in volunteering and I have no doubt that all Chilean men and women are going to be part of these Games, the most wonderful in history”.

Minister Jackson recalled that he also participated in these programs and called for them to join. “It happened to many of us to be part of the volunteering at some point and in my case, I was even a passerby in some tennis sporting events and the truth is, one feels part of the event and then can tell it not only as a story, but also as a the possibility of having a powerful cultural exchange”, he said.

For the CEO of Santiago 2023, Gianna Cunazza, the start of the process means “something historic, it is the event that brings together the most volunteers in the history of the country, they will be protagonists, because they will become the engine and heart of this event”.

Meanwhile, the regional governor of Santiago, Claudio Orrego, valued the opportunity that the host city will have. “There is a tremendous challenge as a country, that this is not only an elite sports party, but also a city party, and we have to be champions of hospitality,” he said.

For his part, the President of the chilean NOC, Miguel Ángel Mujica, indicated that “without the athletes there are no Pan American Games, but without volunteers there are no Games either. That is why I invite all Chileans and also many foreigners to register and live this experience that will surely be unforgettable”.

The organizing committee expects to gather more than 17 thousand people to support the operation of the competition, six times more than the force used in the Santiago 2014 South American Games, when 2,800 men and women gathered. Other antecedents of these programs in the country were the Copa América Chile 2015 and the Odesur de la Juventud 2017, also held in the capital, with 650 and 1,300 participants, respectively.

Applicants can be Chilean or foreign, over 18 years of age, and register on the official website  of Santiago 2023, Volunteer section. In the coming weeks, the process will continue with group interviews, training and role assignments, according to the work areas and locations indicated.

Between October and November of next year, the sporting mega-event will bring together 7,000 conventional athletes and 2,000 para athletes from 41 countries on the continent, to compete in 39 Pan American sports and 17 Parapan American sports, with 61 and 18 disciplines, respectively.