Three of the most outstanding athletes on the continent who have not only shone at the Olympic and world level on a track or a mat, but also with their efforts to improve the lives of others, will be the guests of honor on this week’s Expert Connection on the Panam Sports Channel.

Paula Pareto, Mariana Pajon and Yulimar Rojas are three Olympic heroines who will talk about how they are surviving this pandemic, their keys to success to reach the top in their sports as well as what they do off the field of play to help others which truly makes them Super Heroes.

After several weeks bringing advice and presentations by leading professionals and experts in psychology, nutrition and physical training right to your homes, the Expert Connection series on the Panam Sports Channel will shift gears to allow some of the best athletes of the Americas to share their vast sports experience and how they are managing these difficult times.

This week, three of the most outstanding athletes from throughout the continent and the world in their respective disciplines will be joining the program. These three women, through their incredible effort, passion and professionalism, have achieved many of their dreams and have reached the top of the world of sport.

They are none other than judoka Paula Pareto from Argentina, triple-jumper Yulimar Rojas from Venezuela and BMX specialist Mariana Pajon from Colombia.

For the first time in history, these three stars will share their experiences in a live-stream on the Panam Sports Channel, especially in regards to how they are dealing with this pandemic in South America (Paula and Mariana) and in Europe (Yulimar). They will also be providing recommendations on how to achieve success in sport as well as what they do outside of sport in their social initiatives and projects that help many people and children.

This unmissable conversation will be shown live on Thursday, May 21 in the following time zones:

GET TO KNOW THESE SUPER HEROES

PAULA PARETO: “THE BAT-WOMAN”
Paula is an Argentinean athlete who specializes in Judo who is also a doctor by profession. She is the Gold Medalist at the Rio 2016 Olympic Games (Bronze in Beijing 2008), World Champion in Kazakhstan 2015 and Pan American Games Champion from Guadalajara 2011, among many other great achievements. She earned her degree as a Traumatologist from the University of Buenos Aires and to this day continues to work hard in the Front Line of healthcare workers fighting the Coronavirus in her country.

MARIANA PAJON: “SUPER WOMAN”
Mariana is a Colombian athlete specialized in BMX racing. She is a two-time Olympic Champion at London 2012 and Rio 2016, 18-time World Champion and two-time gold medalist at the Pan American Games of Guadalajara 2011 and Lima 2019. She is undoubtedly the most successful and recognized athlete in Colombia. 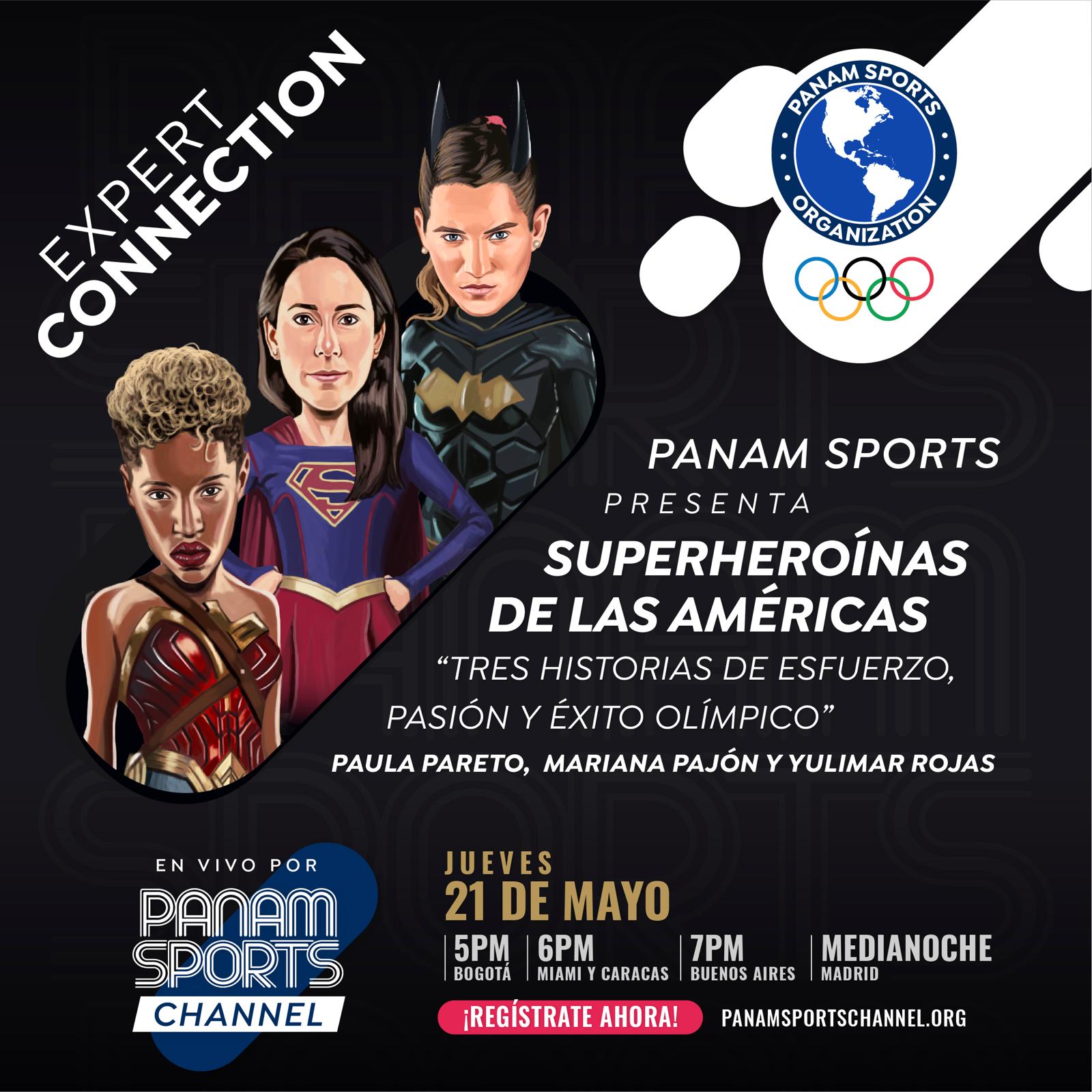