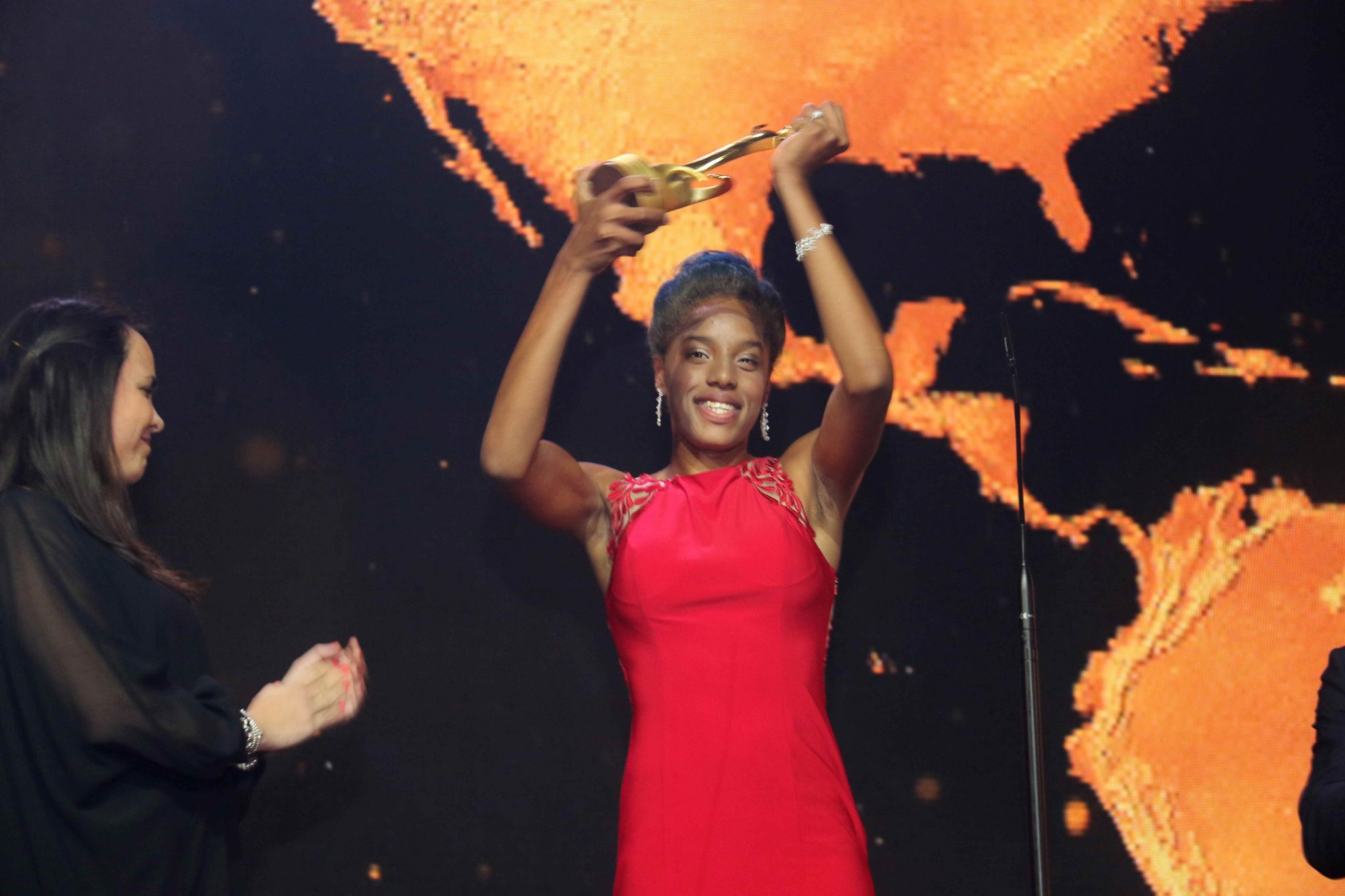 The 4×400 relay race champions from last world competition in London, the triple jump gold medalist and the Panam Sports Honorary President, Julio Maglione were the awarded of the American Continent. A fair honor for the best of 2017.

Amongst the awarded, the London 2017 track & field world champion, Yulimar Rojas from Venezuela, who was given the Best Female Athlete in America Award.

After receiving her award from the Panam Sports President, Neven Ilic, she enthusiastically said “this is the reward for all the sacrifice and hard work, a year full of wonderful things. I am so happy to be receiving this and bring this award to Venezuela. Being the best in America says a lot and I think good things are coming my way in the future. Now to keep working hard and fighting for it. I hope to keep bringing the sport of America to a higher level”.

“What’s coming for me is intense. In 2018, I will have many hard competitions, especially with the world championship in England, where I hope to win this title once again and bring joy to my country in such difficult times.”, concluded Yulimar.

In the Best Male Athlete of America category, the award was given to the Trinidad and Tobago 4×4000 relay team. Lalonde Gordon, Jeremy Richards, Jarrin Solomon and Machel Celendio went up on stage receiving a standing ovation from the entire room.

“It’s been an incredible moment for us. We’ve prayed for this. This was one of the goals we’ve had since 2012 when we went for bronze at the Olympic Games”, said Machel Celendio.

“This award isn’t given every day, which is why you’ve got to be happy to receive this and thank God. This proves hard work reaps benefits and everything went as we wanted”, added Jarrin Solomon.

“I’m thankful for this award. It’s a great honor for me to receive such a recognition from ACNO. I thank the President and all of the members of this organization”, said Maglione.

The ACNO ceremony concluded with the award for Best Athlete of All Time, which was given to Rumanian ex gymnastics champion, Nadia Comaneci.