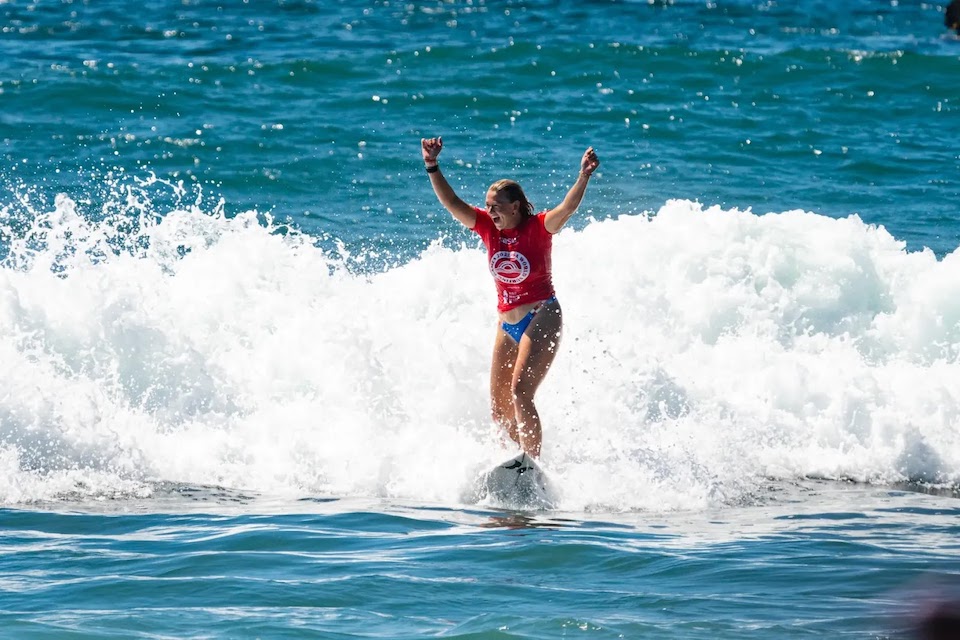 The ISA World Surfing Games concluded on September 24 with the first two countries to qualify to the Paris 2024 Olympic Games in the sport – Japan and the United States.

After an action-packed week of surfing in Huntington Beach, California, USA, it was Kirra Pinkerton who claimed the World Surfing Games individual title which led Team USA to the overall women’s team championship at the event.

The team victory secured the United States’ qualification to the Paris 2024 Olympic Games, just the second edition of the worldwide event that will feature the sport after its successful debut at Tokyo 2020.

On the men’s side, Tokyo 2020 silver medalist Kanoa Igarashi of Japan won the men’s individual title to also help Team Japan to the team championship, thus securing their country’s qualification to Paris 2024.

The United States led the overall medal table with 2 golds in the women’s individual and team events and a silver in the “Aloha Cup” event. Argentina was the only other country of the Americas to earn a medal at the World Surf Games, placing third for the bronze in the Aloha Cup.

The Aloha Cup is a surfing relay event with two men and two women per team. The first athlete tackles three waves with their top two scores counting towards the team total. They then run out of the water and up the beach to tag their teammate who sprints to enter the wake and face three waves of their own. The best team score at the end of the relay wins the gold.

The next chance for surfers from the Americas to earn qualification to the Paris 2024 Olympics will be at the Santiago 2023 Pan American Games. The gold medalist in both the men’s and women’s shortboard events will qualify to the Games.

The qualification system is the same as the one used during surfing’s Pan Am Games debut at Lima 2019 where Peru’s hometown favorites Daniella Rosas and Lucca Mesinas claimed the gold medals and qualified to Tokyo 2020 where they finished 20th and 8th, respectively.