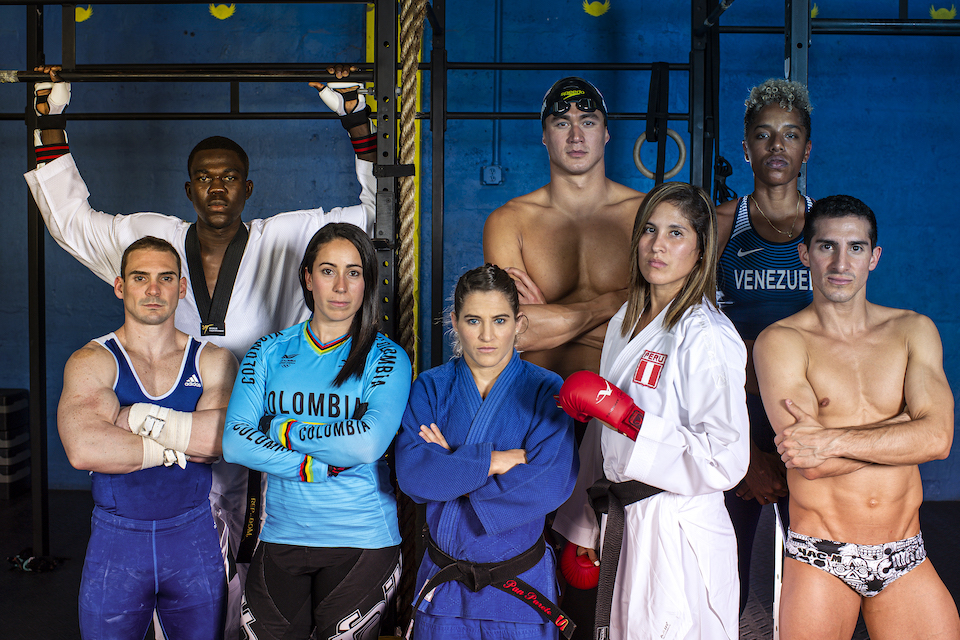 The amazing athletes of #TeamPanamSports perfectly represented Americas Olympic Movement during the Lima 2019 Pan American Games, demonstrating not only their incredible athleticism and skill, but also their commitment to the values of the Games.

The select group of international Champions won an impressive total of 10 medals at Lima 2019.

Team USA Swimming star Nathan Adrian led #TeamPanamSports with a total of five medals, including a gold earned in the 4x100m Mixed Freestyle Relay. Nathan was a fan favorite of the Games in Lima, always receiving thunderous applause when he stepped on the blocks or received another medal. Nathan finished second place in three other events including the 4x100m Freestyle Relay as well as the 50m and 100m Individual Freestyle competitions, while adding another gold in the Men’s 4x100m Medley Relay.

Competing in her second Pan American Games, a gold medal would not be enough for Triple Jump sensation Yulimar Rojas. The defending World Champion from Venezuela wowed the crowd at the VIDENA Athletics Stadium as she dominated the Women’s Triple Jump competition. She took a commanding lead with her very first jump, before guaranteeing her victory by jumping a new Pan American Record of 15.11 meters! Yulimar now adds the title of Pan American Champion to her already immaculate resume as a 24-year old star.

Four of the #TeamPanamSports Ambassadors are now multi-Pan American Games Champions, cementing their status as Panam Sports Legends with careers that only continue to improve after every Olympic cycle.

Gymnastics phenom Arthur Zanetti of Brazil added two medals to the #TeamPanamSports total at Lima 2019, helping Brazil earn the gold medal in the Men’s Artistic Gymnastics All-Around Team event. Two days later, Zanetti excelled once more in his best event, the Rings, winning the silver medal. Zanetti is now a three-time Pan Am Games gold medalist on top of being an owner of three silver medals earned across three Pan Am Games.

It is no longer a question whether or not Mijain Lopez is the greatest wrestler of all-time, especially when it comes to Wrestling in the Americas. The unstoppable force from Cuba won his fifth consecutive gold medal at the Pan Am Games in the Heavyweight Greco-Roman Wrestling competition. This unprecedented feat will likely never again be accomplished in the history of the Games. Mijain Lopez has not lost a wrestling match at the Pan Am Games in 16 years.

A hard fall at the Toronto 2015 Pan Am Games kept Mariana Pajon from becoming a back-to-back Pan Am Games Champion, but the Colombian BMX star would was determined to rewrite history at Lima 2019. Coming into the Games as the heavy favorite to win, Pajon cruised to the gold medal in the Women’s BMX competition. She is now a two-time Pan Am Games Champion after also topping the podium at Guadalajara 2011.

With the weight of a nation on her shoulders, Peruvian karateka Alexandra Grande rose to the challenge at Lima 2019. With a silver medal from Guadalajara 2011 and gold medal from Toronto 2015, Alexandra knew she had what it takes to become the Pan American Champion once more. With the eyes of an entire country on her every move, Grande showed why she was the favorite to win another gold medal at the Pan Am Games. She dominated the 61kg competition in every match and was relentless in her pursuit to hear the Peruvian anthem while standing on the podium once more.

Three-time Pan Am Games medalist from Argentina, Paula Pareto, also fought valiantly for a fourth medal on Americas’ biggest sporting stage. The judoka who is also a doctor made it to the semifinals despite battling an injury, but was unable to finish the competition and compete for a bronze medal. Paula has already set her sights on what she can accomplish next with an eye on the Tokyo 2020 Olympics.

A humble taekwondo athlete from the Dominican Republic, Luisito Pie fought hard for his country at Lima 2019. Competing with an injury sustained before the Games, Pie lost to a tough matchup in his preliminary bout. However, Luisito showed courage in competition and embodied the values of sportsmanship.

Panam Sports is incredibly proud of all of its #TeamPanamSports Ambassadors for the excellence and integrity they exhibit on a daily basis, not just during the Pan American Games. They represented not only their countries, but also the entirety of Americas Olympic Movement, with honor, courage and humility.

We thank each and every one of you for your commitment to helping us grow and develop sport in the Americas. Thank you for bringing your incredible talents to the Lima 2019 Pan American Games. Thank you for letting us watch you make history.