THE AMERICAS READY FOR THE SPOTLIGHT AT THE WORLD GYMNASTICS CHAMPIONSHIPS 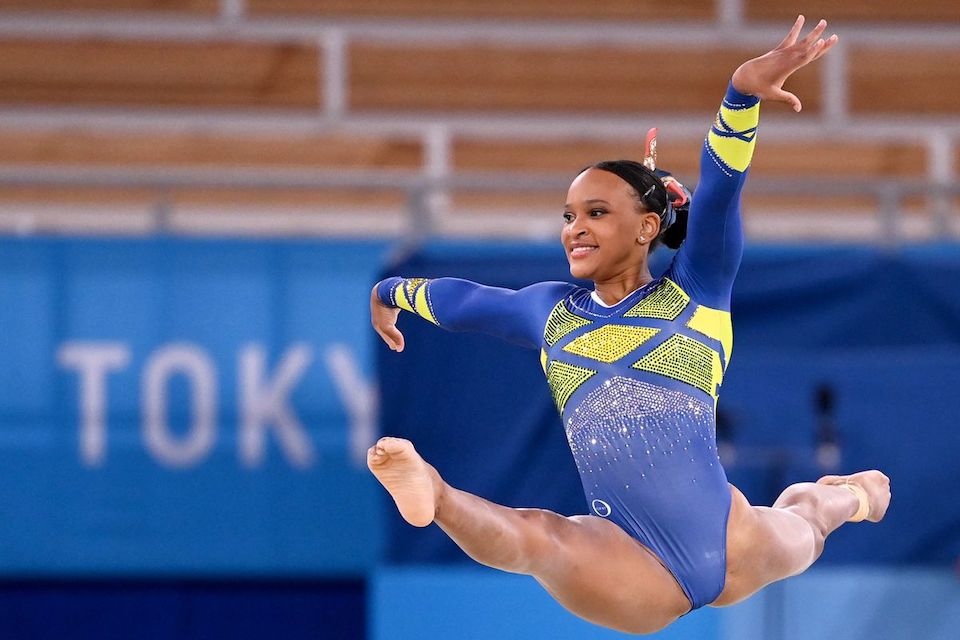 The first qualifier to the Paris 2024 Olympic Games in the sport of Artistic Gymnastics takes place in Liverpool, United Kingdom from October 29 to November 6.

After a strong showing at the Tokyo 2020 Olympics, the best gymnasts of the Americas are ready for their first step on their journey to the next Olympic podium — the 2022 World Artistic Gymnastics Championships in Liverpool, United Kingdom.

The Americas combined for three golds, three silver and two bronze medals at Tokyo 2020 led by Sunisa Lee of the United States who claimed four total medals including the individual all-around gold. Her teammate Jade Carey also won gold in the floor exercise while Rebeca Andrade of Brazil topped the podium in the vault.

No male athletes reached the medal table at Tokyo 2020 after combining for six medals at the Rio 2016 Olympics, a fact that the best male gymnasts of the continent will hope to rectify at the upcoming Games in Paris, France. The first stop on their revenge tour begins in Liverpool at the World Championships taking place from October 29 to November 6.

Team qualification to Paris 2024 is on the line in Liverpool, with the three teams to reach the podium in both the women’s and men’s team event will qualify their country to the next Summer Games.

The title of world champion is also waiting for athletes to claim in the all-around and individual events. Many of the world’s best gymnasts will gather in Liverpool for their chance to be crowned a champion.

Reigning Olympic champions Rebeca Andrade and Jade Carey are the favorites to go for gold in Liverpool and are joined by their teammates with impressive resumes of their own.

Team USA is seeking its sixth consecutive team world championship title, a feat never before seen. Carey is joined by Tokyo 2020 silver medalist Jordan Chiles and a mix of rising stars like Shilese Jones. The team will be without U.S. champion Konnor McClain due to a back injury but are still favored to be the top qualifier to Paris 2024 in the team event.

Time Brasil hopes to challenge the defending champions led by Andrade and Flavia Saraiva, a two-time Olympian and five-time Pan American Games medalist in her own right.

The teams from China, Great Britain and Italy will also put up a fight for Olympic qualification, especially with the absence of Russian athletes due to their country’s current ban from competitions.

On the men’s side, Team USA will seek to reach the podium at the world championships for the first time since 2014. Their greatest challenge will also come from the powerhouses of China, Japan and Great Britain.

Panam Sports wishes nothing but success for the athletes from 16 countries throughout the Americas who will compete in the world championships.

View the full schedule of competitions below: