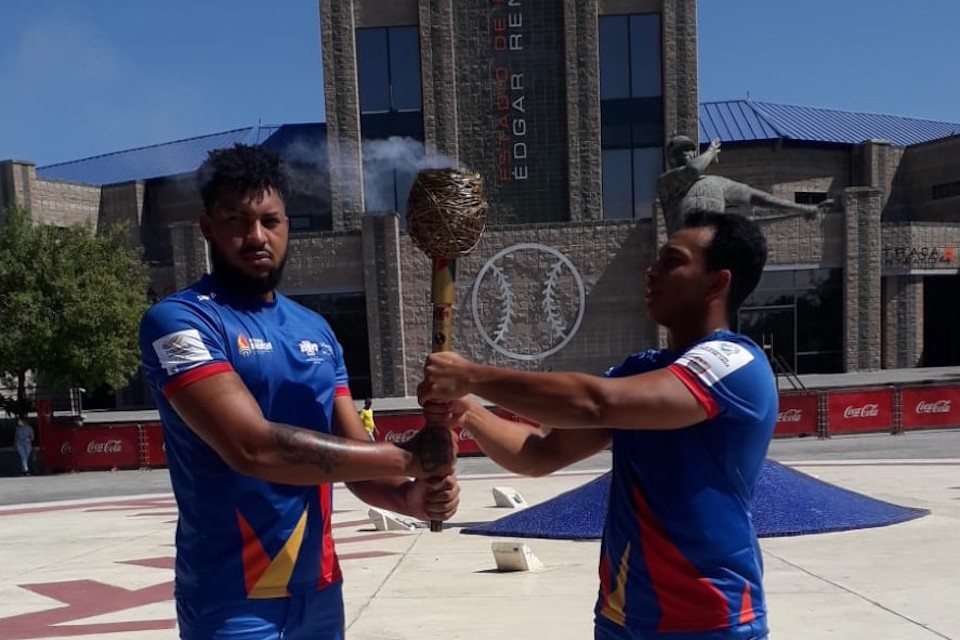 The Cali 2021 Torch Relay continues in Barranquilla with a tour of the sports venues and the iconic locations of the city, beginning at the Edgar Renteria Baseball Stadium. Four athletes were chosen to carry the torch throughout the city.

After the exciting torch-lighting ceremony in Cali, the Torch Relay for the Cali 2021 Junior Pan American Games made its first stop in Barranquilla to visit the sports venues located there. The capital of the Atlantic welcomed the Pan American Flame at the two venues that will host baseball and softball as well as several iconic locations in the “Golden State of Colombia”.

The tour began in front of the Edgar Renteria Stadium, the home of the Cali 2021 baseball tournament beginning Friday, November 26. The torch was welcomed and received by Colombian baseball players Luis Moreno, who signed with the San Francisco Giants of the MLB in 2016, and Gustavo Campero, the Most Valuable Player of the U-23 Baseball World Cup held in Hermosillo, Mexico a few months ago in recognition as the best hitter of the tournament.

The torch then visited the Edgardo Schemel Stadium where softball will be held beginning on Saturday, November 27. The Pan American Flame was carried by members of Colombia’s women’s softball team Melany Jimenez and Sofia Reyes.

After visiting the venues, the torch relayed continued on to two of the most popular locations in Barranquilla: the “Window to the World” and the “Shark Fin” monuments.

Colombian BMX cyclist Gabriela Bolle carried the torch at the Window to the World monument before moving on to the Shark Fin. The impressive boardwalk on the Magdalena River featured speed skater and multiple world champion Alex Cujavante as the torchbearer.

Following its visit to Barranquilla, the Cali 2021 Torch Relay continues its journey by returning to the Valle del Cauca beginning with the city of Jamundi. 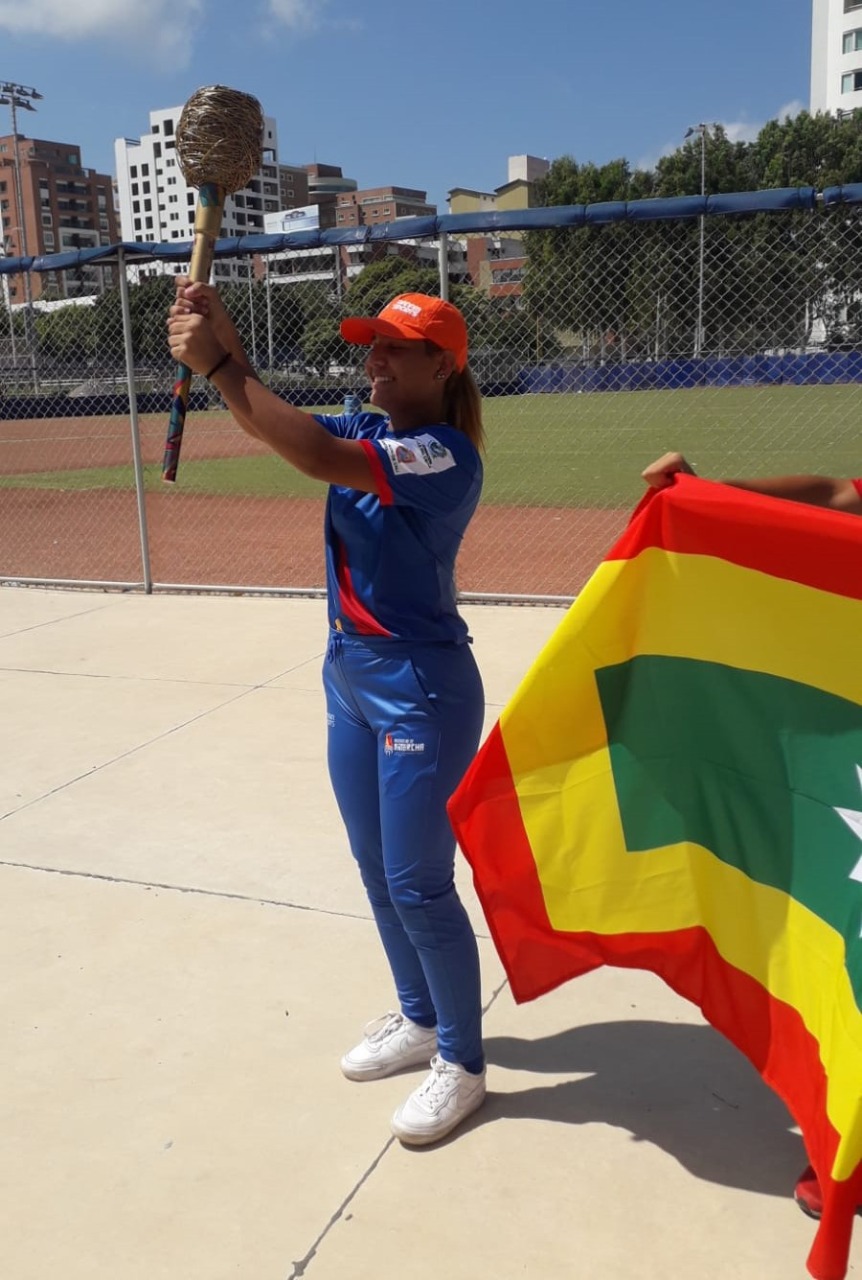