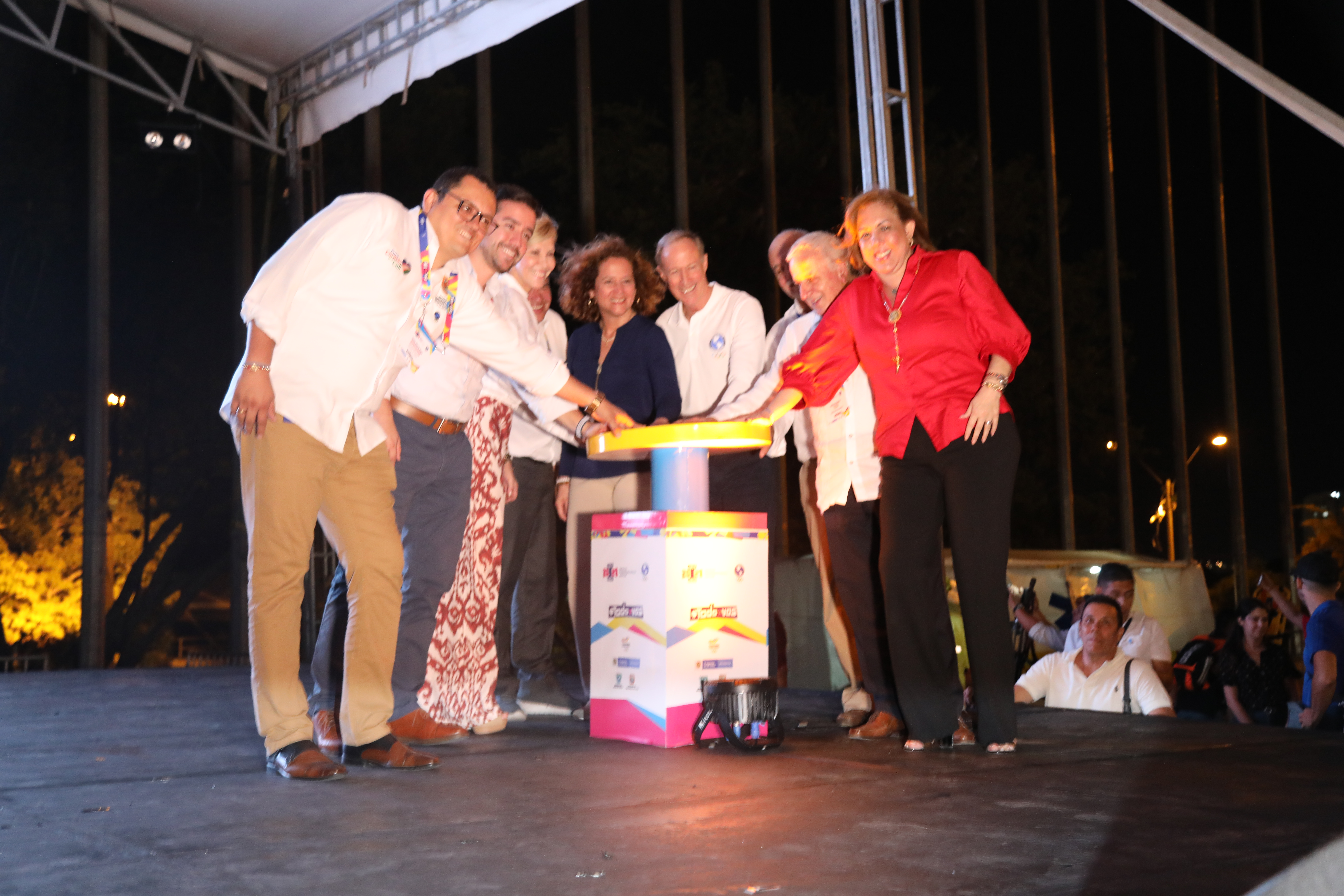 At a big public celebration attended by Colombian sports authorities and Panam Sports, the new logo of the Cali 2021 Junior Pan American Games was presented and the official countdown began.

Salsa World Champions, athletes from Team Colombia and soccer players from América de Cali and Deportivo Cali were part of this great event.

CALI, COLOMBIA (February 18, 2020) — Exactly 471 days remain until Cali, Colombia hosts the Pan American Games for the first time in half a century. However, unlike in 1971, the sport capital of Colombia will be hosting the first Junior Pan American Games in history, an event designed for athletes between the ages of 18 and 22.

Although many months remain, you can already feel the heartbeat and energy of this continental event throughout the city. On Saturday, these historical Games were promoted with an exciting drum show at the match in the Pascual Guerrero Stadium between America de Cali and Independiente Medellin. On Monday, the new brand and logo of the Games were presented to the public in the Pan American Park, a beautiful local setting where 500 “Caleños” joined in the celebration.

In addition to the traditional speeches of both local sports authorities and the Secretary General of Panam Sports, Ivar Sisniega, the event featured World Salsa Champions who helped revela the new logo of the Cali 2021 Junior Pan American Games after their sizzling dance display. Young national sports icons like Valeria Cabezas and Jonathan Rivas as well as soccer players Yesus Cabrera of America de Cali and Andres Juan Arroyo of Deportivo Cali participated in the event.

“Every time we come to Cali, we feel at home. To speak about the Junior Pan American Games is no minor thing, as these will be historical Games that have never been seen before that we hope will serve as a bridge to advance sporting excellence. We can confirm that today we have the great commitment and support of the Colombian Olympic Committee, the Government, the Mayor and the Governor, and that gives us a lot of peace of mind. But most importantly, we are sure that we will receive the support from all of these beautiful people in Cali,” said Ivar Sisniega, Secretary General of Panam Sports.

“Cali is very experienced when it comes to organizing events, which gives Panam Sports a lot of confidence. The warmth of the people, the passion for sport in daily life and the great existing infrastructure gives us great motivation to work hard to host this great event that will undoubtedly be unforgettable for the 41 countries and more than 4,000 athletes who will compete in this junior sports festival,” emphasized Baltazar Medina, President of the Colombian Olympic Committee.

To mark the end of the celebration, both athletes and sport leaders came together to officially start the Countdown to the Games. After the official photos, a button was pressed to reveal the giant digital clock as the pyrotechnic show began. The spectacle was full of joy, rhythm and the commitment of the entire city, which for many represents not only the sports capital of Colombia, but also of the entire continent. 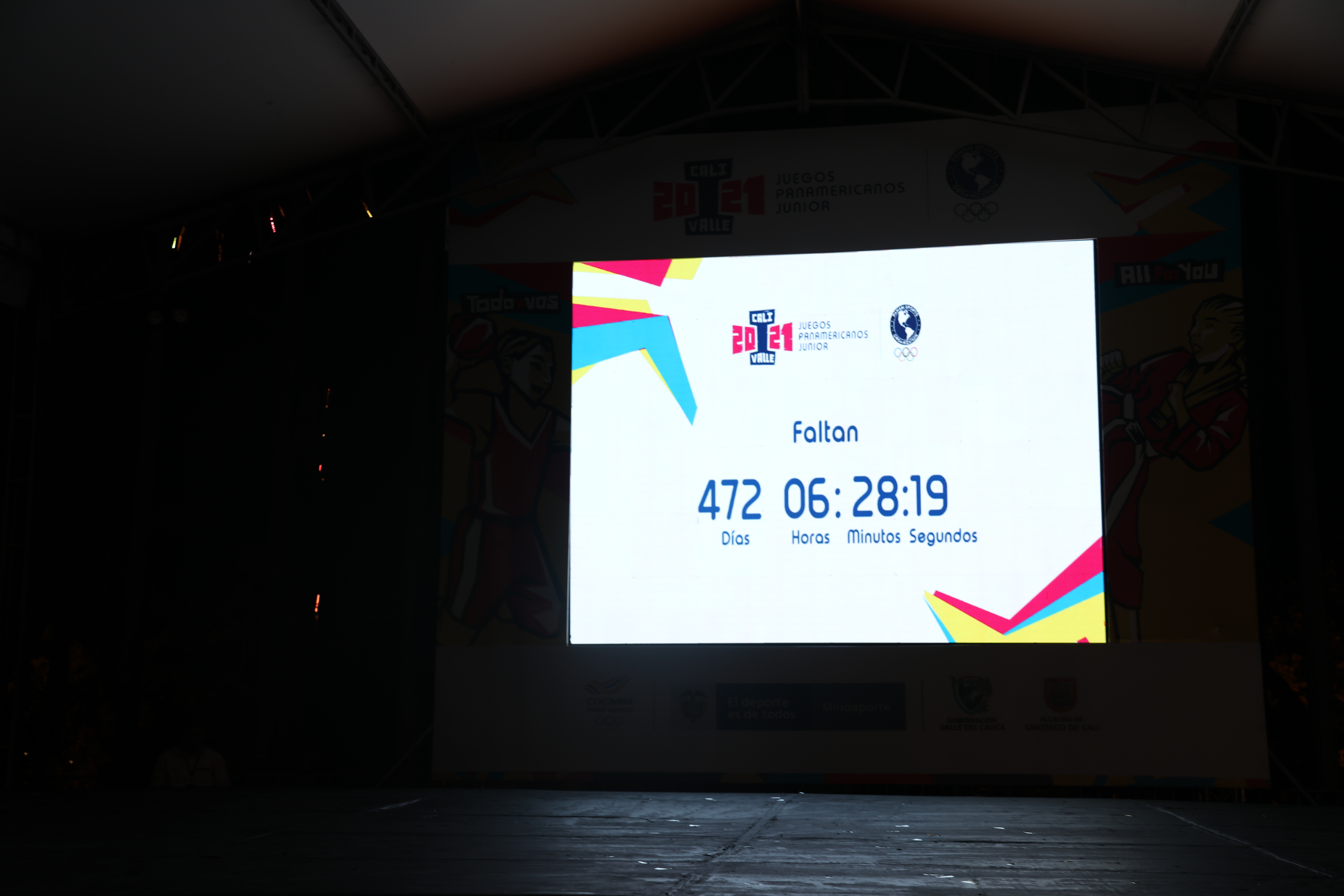