THE CUBAN GIANT PREPARES HIS FAREWELL: MIJAIN LOPEZ TO RETIRE AFTER TOKYO OLYMPICS 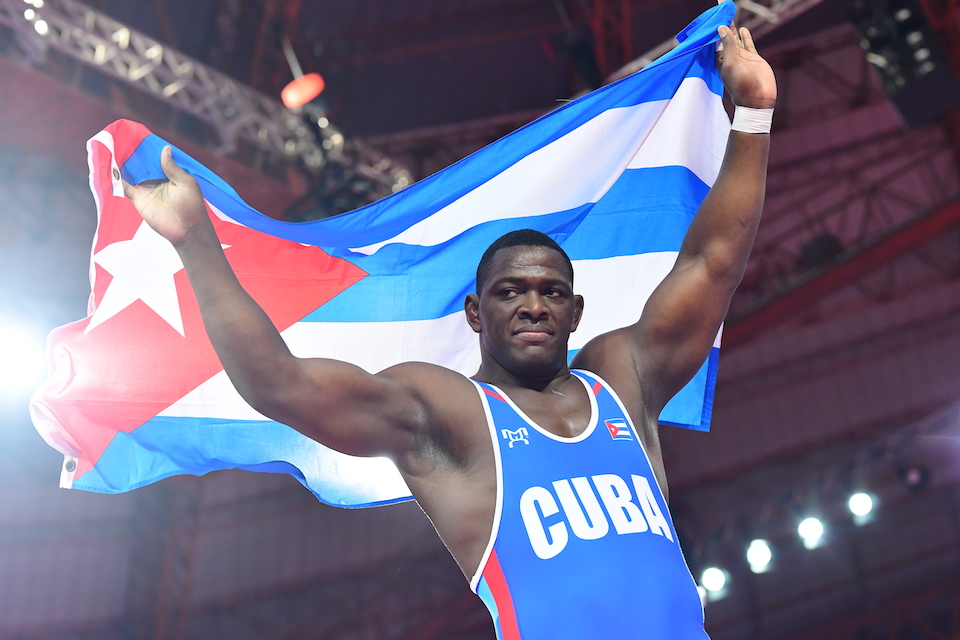 Mijain Lopez wants to say goodbye in grand fashion: winning a fourth consecutive Olympic gold medal to become the most successful wrestler in history. The Cuban legend is training every day to make this a reality and inspire the next generation with his incredible career after his final farewell in the Land of the Rising Sun.

The Lima 2019 Champion will travel to Canada for the Olympic qualifying event in March before turning his entire focus on his preparations for Tokyo 2020.

As of today, his achievements place him as the second best wrestler in history. That could likely change at the Tokyo 2020 Olympics as Mijain looks to become the 1st four-time Olympic gold medalist in wrestling. Russian legend Alexander Karelin is currently considered the best of all time with three Olympic golds and one silver between Barcelona 1992 and Sydney 2000.

With this goal at stake, his heart, mind and body are completely focused on another dominating performance on the mat in Tokyo, the city where Mijain will don his wrestling shoes and singlet for the final time in an extraordinary 27-year career.

“After Tokyo I am retiring. It’s already decided. Why? Well, because of my age, I want to rest and it’s time to give the opportunity to new generations. I want to say goodbye of course by winning my fourth Olympic gold medal. I am preparing myself for this and I am sure that I will achieve it,” Mijain Lopez told Panam Sports from his home in Cuba.

You just finished an exhausting three months in Germany where you trained and competed to prepare you for the 2020 season. What is the summary of your European tour?
“It was a very good experience. It has helped me a lot in the past and I know that this season will also help me to face the challenge of the Olympic Games in the best way. They were three very positive months.”

What has been the key to the success of Mijain Lopez throughout your outstanding career?
“The key to success is to work hard, be disciplined and to give everything you have to represent the colors of your country.”

What do you think about your competition and rivals at the Olympic Games?
“Good as always, very difficult. There is a guy from Turkey who is a great wrestler, but I always say that they are all very difficult as opponents, because they are going to give absolutely everything they have and you have to be very well prepared to be able to defeat them all.”

Are you confident you will walk away with another gold?
“Well, yes. I haven’t thought about anything other than winning my fourth gold medal at the Olympic Games, it’s my final goal.”

You have a degree in Physical Education from the University of Physical Education and Sports of Havana. After your retirement, will you pursue a career as a wrestling coach?
“First, I want to take a long break. But in the future, I want to help all of the young people in my country and be able to give them all of the experience and knowledge I have learned from the sport.”

If Mijain is successful in his quest for a fourth Olympic gold, he would not only become the most decorated wrestler in history, but he would also be crowned the most successful Cuban athlete of all time. He would surpass the records of boxers Teofilo Stevenson (1952-2012), a three-time Olympic Champion from Munich 1972, Montreal 1976 and Moscow 1980, and Felix Savon who also has three Olympic titles (Barcelona 1992, Atlanta 1996, Sydney 2000, as well as fencer Ramon Fonst who won three Olympic golds between Paris 1900 and St. Louis 1904.