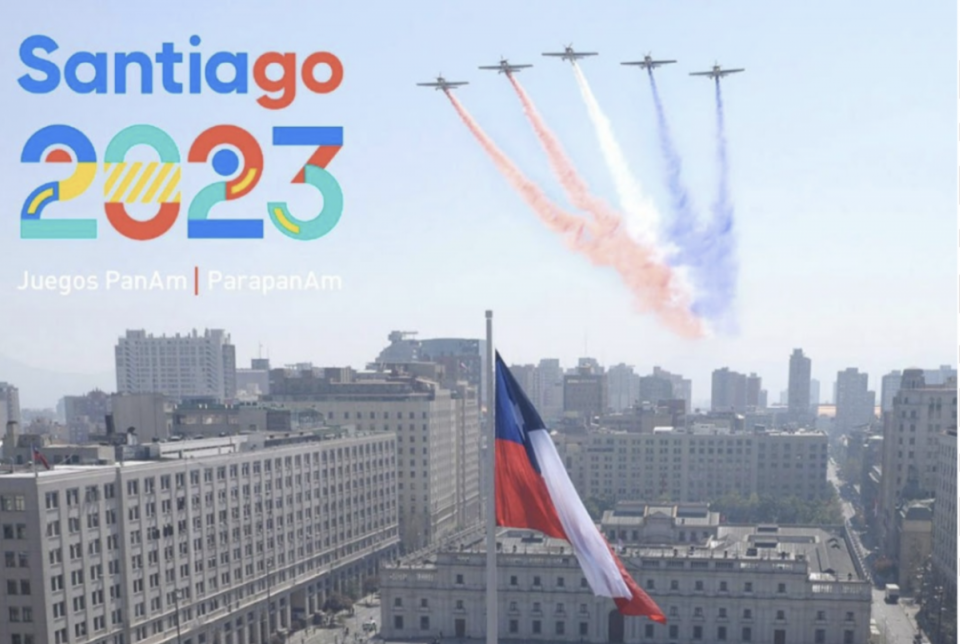 The Chilean capital of Santiago is preparing diligently to host the Pan American Games for the first time in the country’s history.

SANTIAGO, CHILE (October 20, 2020) — The 19th edition of the largest multisport event in the Americas will begin in exactly three years when the Santiago 2023 Torch Relay concludes in Chile’s National Stadium by lighting the traditional Pan American Cauldron.

The Santiago 2023 Pan American Games will undoubtedly be the most competitive ever witnessed as the 41 countries of Americas’ Olympic Movement continue to develop their sporting programs to help athletes flourish. Santiago 2023 expects to surpass the record-breaking number of Olympic qualifiers offered at the Lima 2019 Pan Am Games.

These Games will follow the historic first Junior Pan American Games of Cali 2021 that will offer direct qualification to Santiago 2023, creating an unprecedented qualification path to the Olympic Games for thousands of young athletes throughout the Americas.

Chile’s beautiful capital city is already working enthusiastically to deliver the greatest Pan Am Games in history, with venue and infrastructure plans already coming to fruition with three years remaining until the Opening Ceremony.

This magnificent event in the Julio Martinez Pradanos National Stadium will be the realization of a dream that began nearly 50 years ago, marking the beginning of the first Pan American Games in history on Chilean soil.

More than 6,800 athletes will experience the majestic views that Santiago has to offer while competing in 38 sports in world-class venues. Athletes are already looking forward to the opportunity to experience these Pan Am Games in Santiago, especially those who will be competing to represent the Host Nation of Chile.

“We are happy that for the first time the Pan American Games are being held in our country and with our people. We will have the support of all Chileans in this event where great World and Olympic Champions will surely be competing. I want to repeat my Lima 2019 gold medal and celebrate it with all of my people here in Chile. I also invite all athletes to our beautiful country, it will undoubtedly be a wonderful and unforgettable celebration for everyone,” said Fernanda Valdes, Pan American and World Weightlifting Champion of Team Chile.

Just three years remain until the best athletes of the Americas are once again brought together by sport. Santiago and the entire country of Chile are ready to welcome the Pan American Family as the continent becomes “United By Passion”.