TIPS FROM THE BEST: OLYMPIC LEGENDS ON WHAT IT TAKES 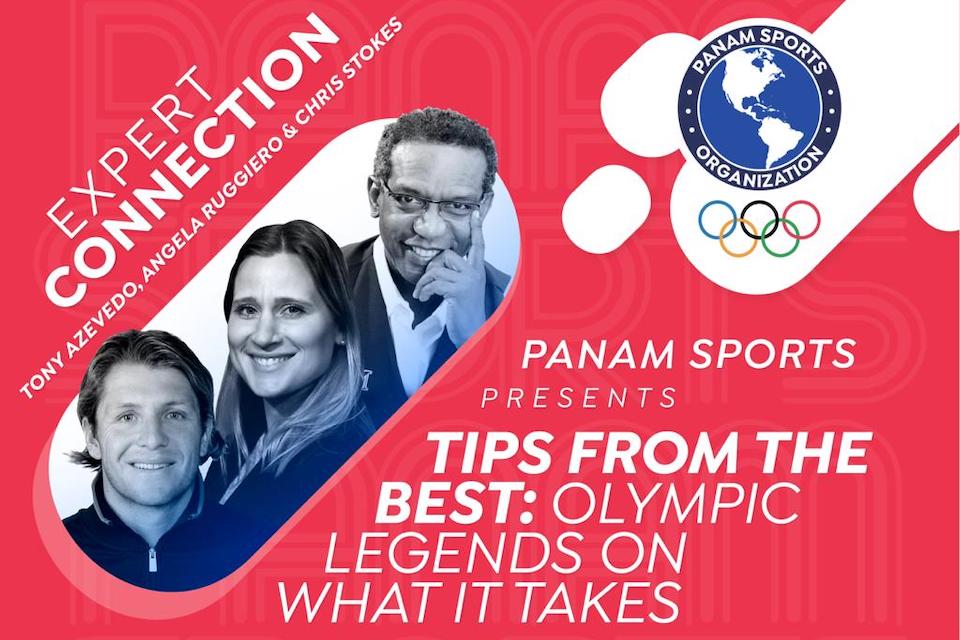 Three amazing Olympians with incredible athletic and professional careers will join the “Expert Connection” series on Tuesday, May 12 for a star-studded talk about what it takes to succeed, live on the Panam Sports Channel at 4pm Eastern Time.

Chris Stokes (JAM), Angela Ruggiero (USA) and Tony Azevedo (USA) have been to a combined 13 Olympic Games winning five medals between them, and each has gone on to excel professionally in their lives after sport.

The next edition of the “Expert Connection” series on the Panam Sports Channel will feature three legends in their respective sports who have excelled on and off the field of play.

Chris Stokes, Angela Ruggiero and Tony Azevedo will be the guests of honor on this edition titled “Tips from the Best: Olympic Legends on What it Takes” where they will share their valuable experience and advice to all athletes, coaches and members of the Pan American Family. Each of these Olympic heroes have competed in four Olympic Games or more, winning a combined total of five medals and inspiring thousands in the process.

Chris Stokes competed for Jamaica as a member of the Olympic Bobsleigh team that was immortalized in the classic movie “Cool Runnings”. This iconic film was based on the novel that Chris wrote himself, titled “Cool Runnings and Beyond – the Story of the Jamaican Bobsleigh Team”, chronicling the establishment of the team and his experience from four Olympic Games.

After his inspirational athletic career, Chris has gone on to succeed in the business world. He is the Founder and Executive Chairman of NCS Enterprises, a group of companies focusing on financial services, thought leadership and sports administration, and is also the Chairman of the Jamaican Olympic Bobsleigh and Skeleton Federation and the First Vice President of the Jamaican Olympic Association.

Chris has also excelled in academia, earning a Masters degree in Business Administration, a Bachelors of Science and continues his studies to this day as Doctoral student at the University of the West Indies with a compelling thesis on CEO Leadership.

Angela Ruggiero has received nearly every distinction available in her sport of Ice Hockey over her legendary career. She has been named the Player of the Year by the NCAA, the Best Player in the World by World Hockey News, Team USA Player of the Year and 2x Best Defender at the Olympics. She led Team USA to the Olympic gold medal in 1998 as well as two silvers and one bronze from 2002-2010 as well as four World Championship golds and six silvers.

Outside of sport, Angela is the CEO & visionary Co-Founder of Sports Innovation Lab, a technology-powered market research firm. Ruggiero’s company empowers industry-leading sports brands to create breakthrough fan experiences that has worked with more than 50 companies including the NFL, NHL, FIFA, Coca-Cola and DraftKings, among others. She is also a graduate of the Harvard College (BA), Harvard Business School (MBA), and earned a Masters in Education from the University of Minnesota.

Tony Azevedo has been nicknamed “The Savior” for his exemplary career in Water Polo in the United States. Along with two NCAA Championship titles and becoming the first person in history to win four consecutive Peter Cutino Awards (the “Heisman” of Water Polo), Tony became the youngest member of the U.S. Olympic Water Polo team at the age of 18. He went on to compete in five Olympic Games, leading Team USA to the silver medal at Beijing 2008. He is the all-time leading scorer at the World Championships and won five consecutive gold medals at the Pan American Games. Tony was also elected as a Member of the Panam Sports Athlete Commission at the Lima 2019 Pan Am Games.

Academically, Tony earned a degree from Stanford in International Relations. Professionally, he has started the Tony Azevedo Academy, an elite training program for athletes of all ages and levels that includes one-on-one sessions, international training trips, clinics and the “Aquatic Games” to teach athletes the ins-and-outs of the sport. He also takes time to deliver motivational speeches and offers consulting work to help teams around the globe improve utilizing his vast 20+ years of experience in the sport.

These three Legends have done it all, reaching the highest levels of success in sport, academia and business. Now they want to share their experience and their tips with athletes across the globe to help them achieve their dreams on of and off the field of play.

“Tips from the Best: Olympic Legends on What it Takes” will be shown live on Tuesday, May 12 at 4pm Eastern, only on the Panam Sports Channel. 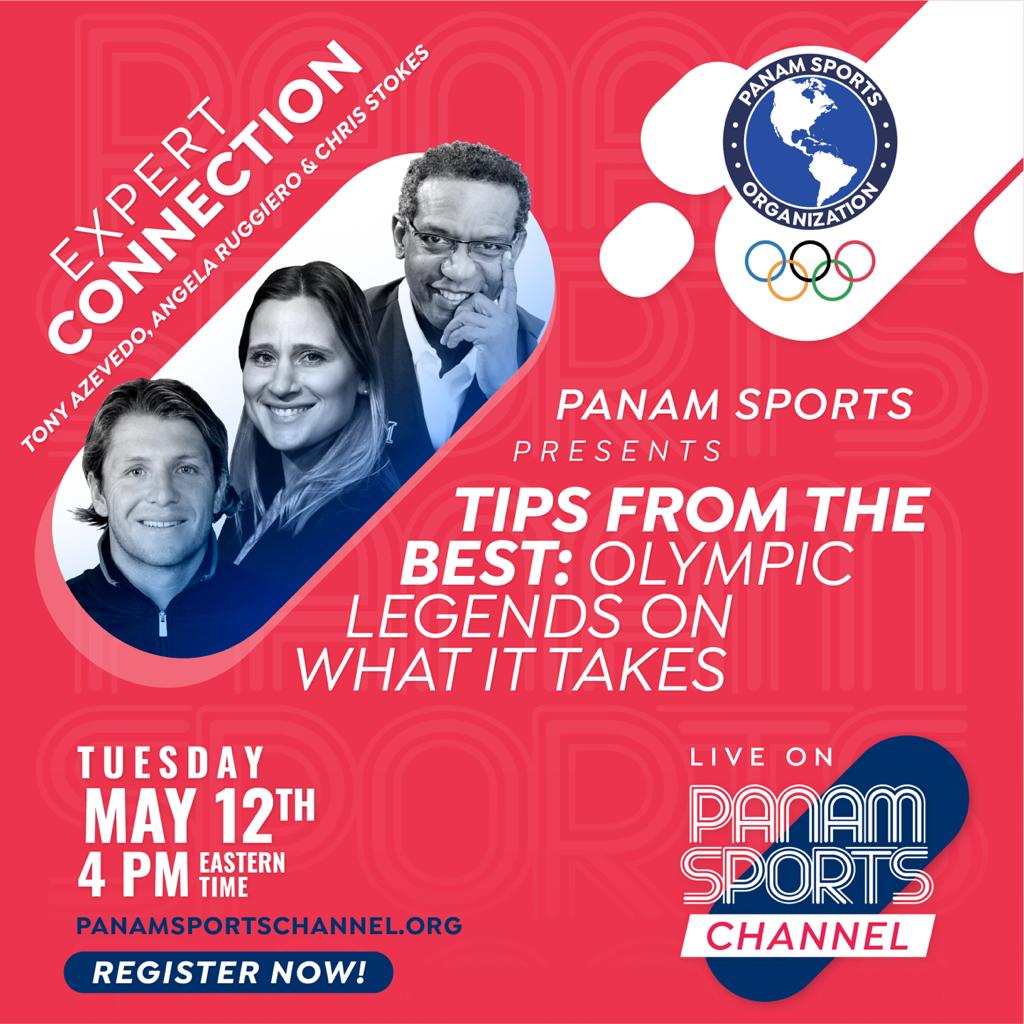