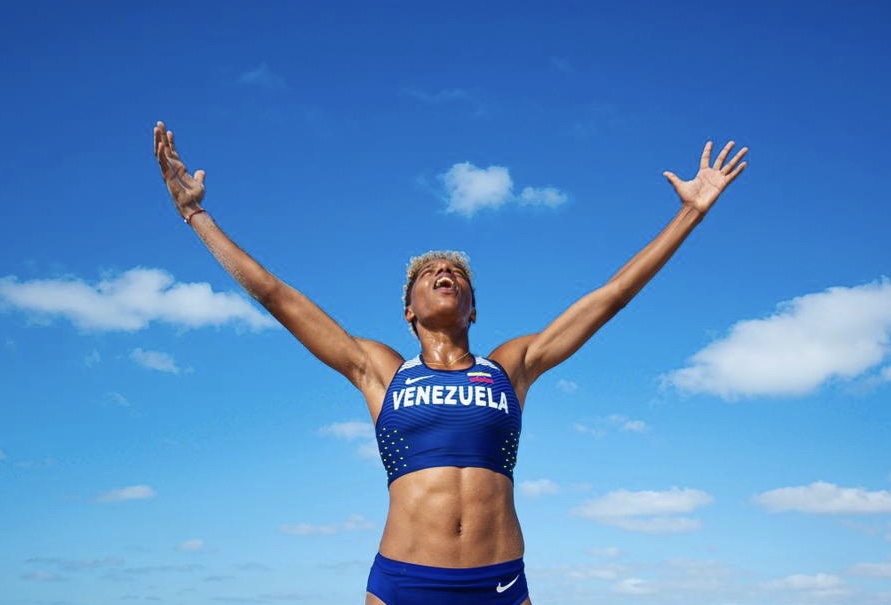 With a jump of 14.58 meters on her first attempt, the queen of Venezuelan athletics and Ambassador of TEAM PANAM SPORTS exceeded the standard required to reach the Olympics, becoming the first Venezuelan qualifier to Tokyo 2020.

Yulimar Rojas secured her qualification to the 32nd edition of the Olympic Games in Tokyo while competing at the Emilio Martín athletics stadium, with her initial mark of 14.58 meters besting the qualification standard of 14.32 meters.

The Venezuelan closed the Ibero-American Athletics Meeting in Huelva, Spain with a gold medal by soaring on a jump of 15.06m during her second attempt, setting new records for Ibero-American Championship, Venezuela and her very own Personal Best. The mark also sets the new standard for the world, with Yulimar now owning the best triple jump mark of 2019.

The champion jumped 14.89m on her third attempt, but a fault was committed. She reached 14.47m on her fifth attempt and finished the meet with a jump of 14.23m on her sixth and final attempt.

Cuba’s Liadagmis Povea and Spain’s Ana Peleteiro accompanied her on the podium.

“You never have to stop dreaming, I always want more; chasing an Olympic gold is what keeps me up at night, and I will achieve it. Now in Tokyo I will work hard and in the best way possible. I will continue to listen to my coach. I’m going to get to my second Olympic Games at my peak. I’m going to get the medal that is waiting for me,” said Rojas.

Rojas has no limits and has clear objectives. On top of her desire to surpass the world record of 15.50 meters set by Ukraine’s Inessa Kravets in 1995, Yulimar will strive for the gold in Tokyo.

“I will continue working and fighting to be one of the best athletes in history.”