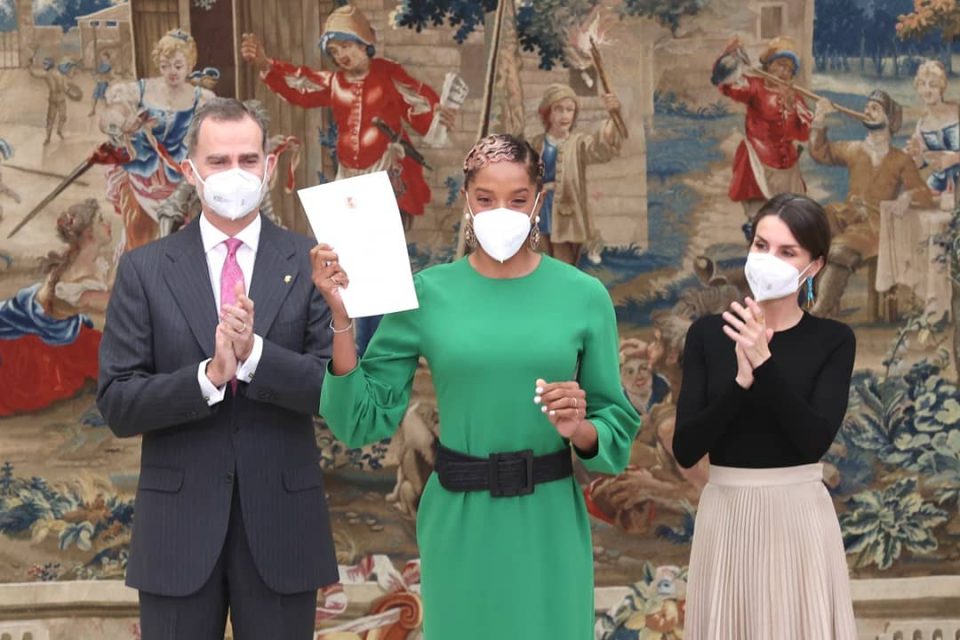 The awards corresponding to the year 2018 after being missed in 2019, were finally held in 2021 with all the necessary health and safety measures in the Royal Palace of El Pardo.

This Tuesday, Yulimar Rojas added another historical milestone to her outstanding career when she was honored with the Ibero-American Community Trophy, an award that is part of the National Spanish Sports Awards and is awarded by the King and Queen of Spain, Don Felipe VI and Doña Letizia.

In addition to the royal leaders, the Minister of Culture and Sports, Jose Manuel Rodriguez Uribes, and the Secretary of State for Sports and President of the Higher Sports Council, Irene Lozano, were present at the Royal Palace of El Pardo.

“For me it is an honor to be here. I am very grateful to Spain for all the love they give me and for making me feel at home. I insist that my achievements are yours, and Venezuela’s and the world’s. I am very happy,” Yulimar said in the reception prior to the event held at the Higher Sports Council.

The World Champion, Olympic medalist and coach of Rojas, Ivan Pedroso, entered the history books at the Spanish Awards in 1999, a fact that 25-year-old Yulimar remembers today.

“I’ve always said it, Ivan is my inspiration. He motivates me to be better. Look, when I don’t have enthusiasm he knows me so well that he can motivate me, he pushes me to follow my dreams. To write this new page in the history of sport and athletics is an honor,” said Rojas.

The Ibero-American Community Trophy, founded in 1981, rewards the Ibero-American athlete who has stood out the most during the year through their international sports performances. Many great athletes and stars are included among the winners of this award, including: Roberto Carlos da Silva (2002), Lionel Andres Messi (2007), Cristiano Ronaldo (2011), Radamel Falcao (2012), Diego Pablo Simeone (2013), Nairo Quintana (2014), Jorge Sampaoli (2015) and Keylor Navas (2017).

These awards corresponding to the year 2018 after being missed in 2019, were finally held in 2021 with all the necessary health and safety measures. These were the winners:

National Award for Arts and Sciences Applied to Sports: COLEF (General Council of Official Associations of Graduates in Physical Education)